Every month online-engagement firm Leaderboarded produces a list of the Top 40 Gamificaton Gurus. Their algorithm draws on Klout scores, twitter followers, and other factors to find the most credible voices in gamification. It’s a great resource, but we wanted to know even more about these experts. So we took Leaderboarded’s February list, gathered data on all the individuals, and broke it down. Check out these seven charts to find out what exactly the typical gamification guru looks like: 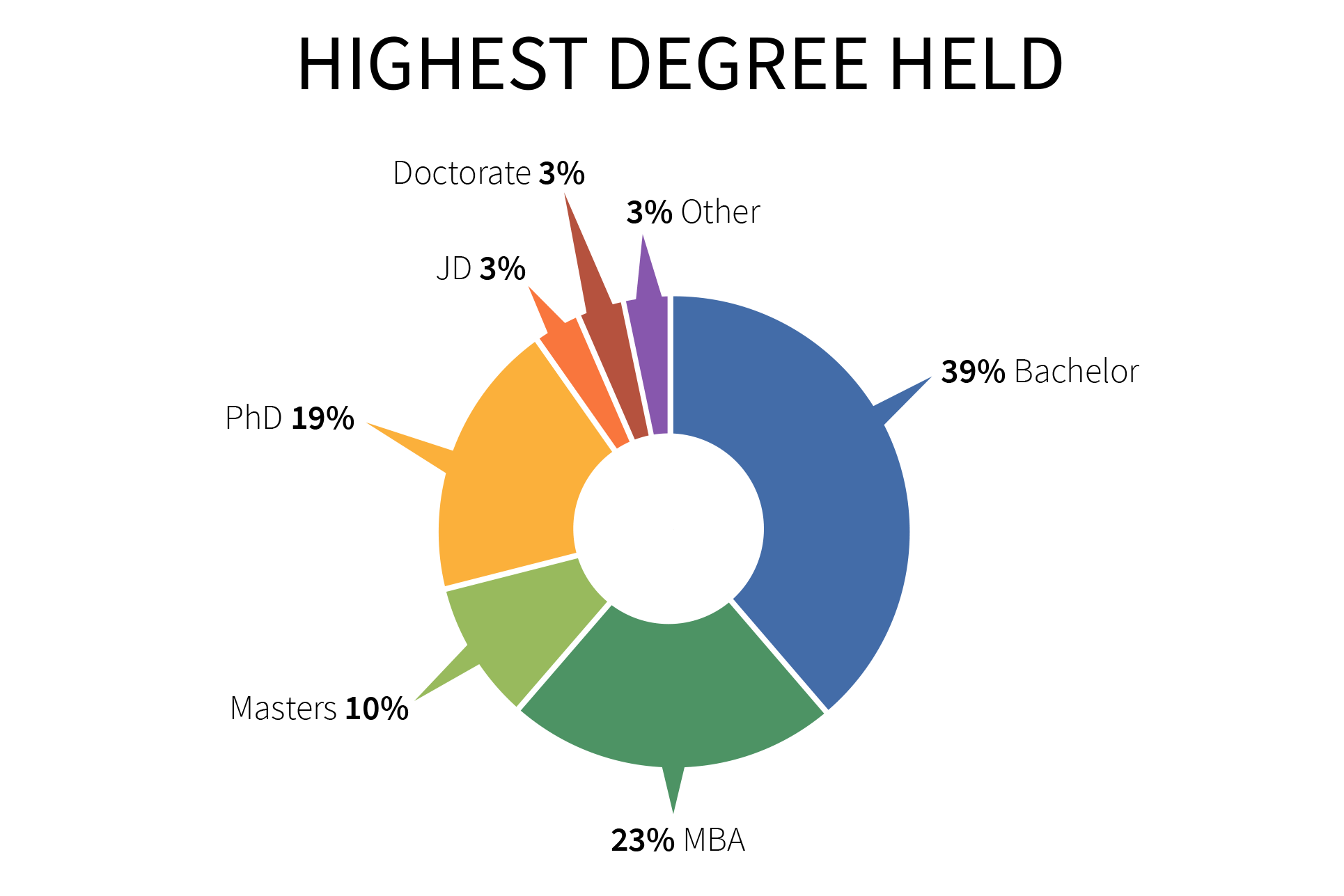 Gamification and brains seem to go hand-in-hand. All of the top 40 gurus have at least one college degree, and many possess advanced degrees in their field. 39% hold a bachelor’s degree as their highest education. 23% have MBAs. 10% hold a master’s degree, while a whopping 19% have a PhD. While there weren’t any significant trends in their choices of study, it did turn out that Bachelor of Arts degrees were more common than Bachelor of Science degrees. 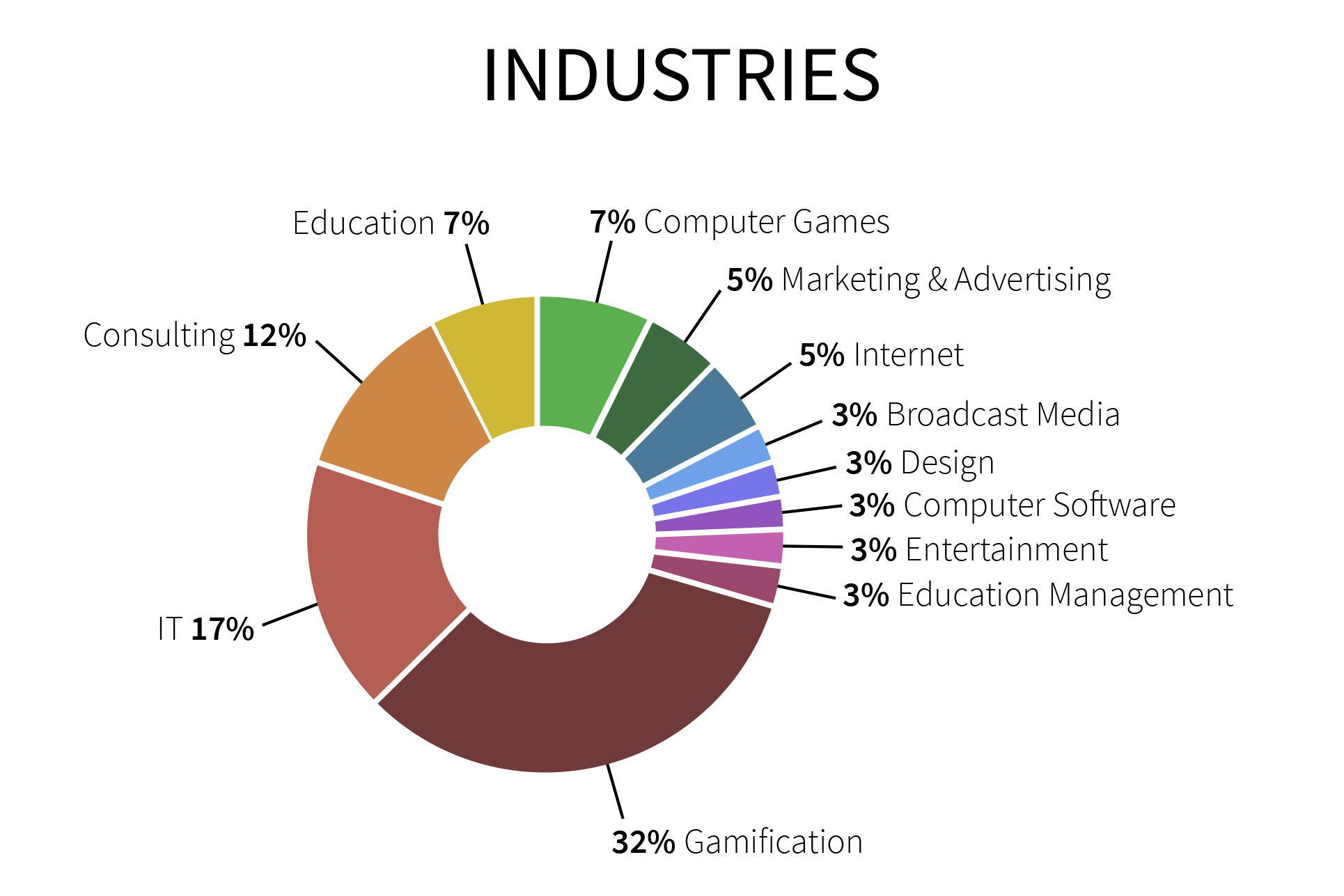 Unsurprisingly, the largest share of gamification experts are employed in different gamification companies. The second most represented field is Information Technology and Services (IT), which accounts for 17%. Consulting, meanwhile, was cited by 12% of gurus as their primary field. A few unexpected industries that make an appearance are Broadcast Media, Education Management, and Design, all of which have just a single representative. 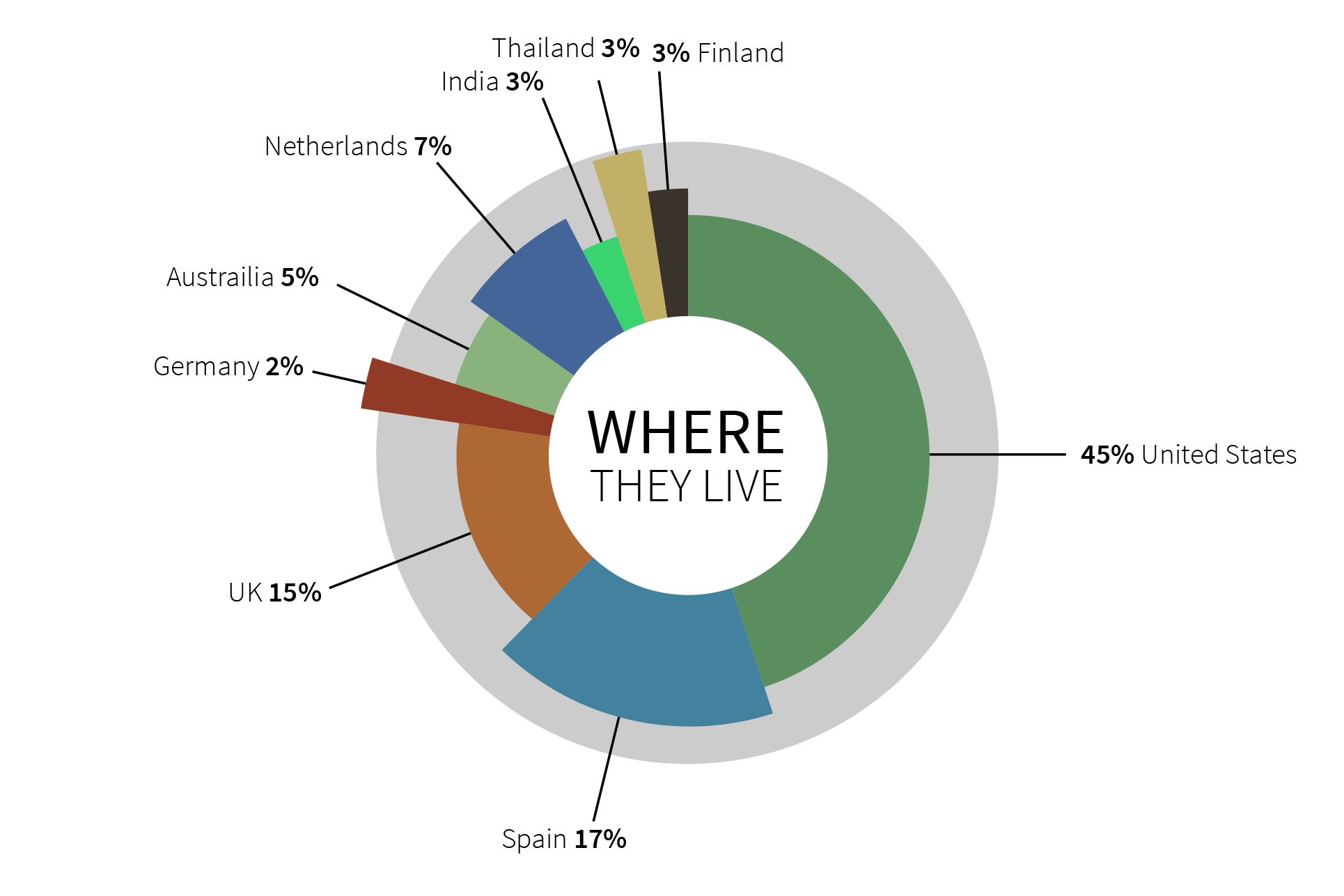 Out of the top 40 gurus, 45% live in the US. The country with the second highest concentration of gamification experts is Spain, where 17% of the list live. 15% of gamification experts reside in the UK. When we looked closer at the U.S., it turned out that out of the 18 experts who live there, eight live in California, and six in San Francisco. That makes San Francisco the most represented city, and the one place in the world where you’re most likely to find one of the top 40 gamification gurus. 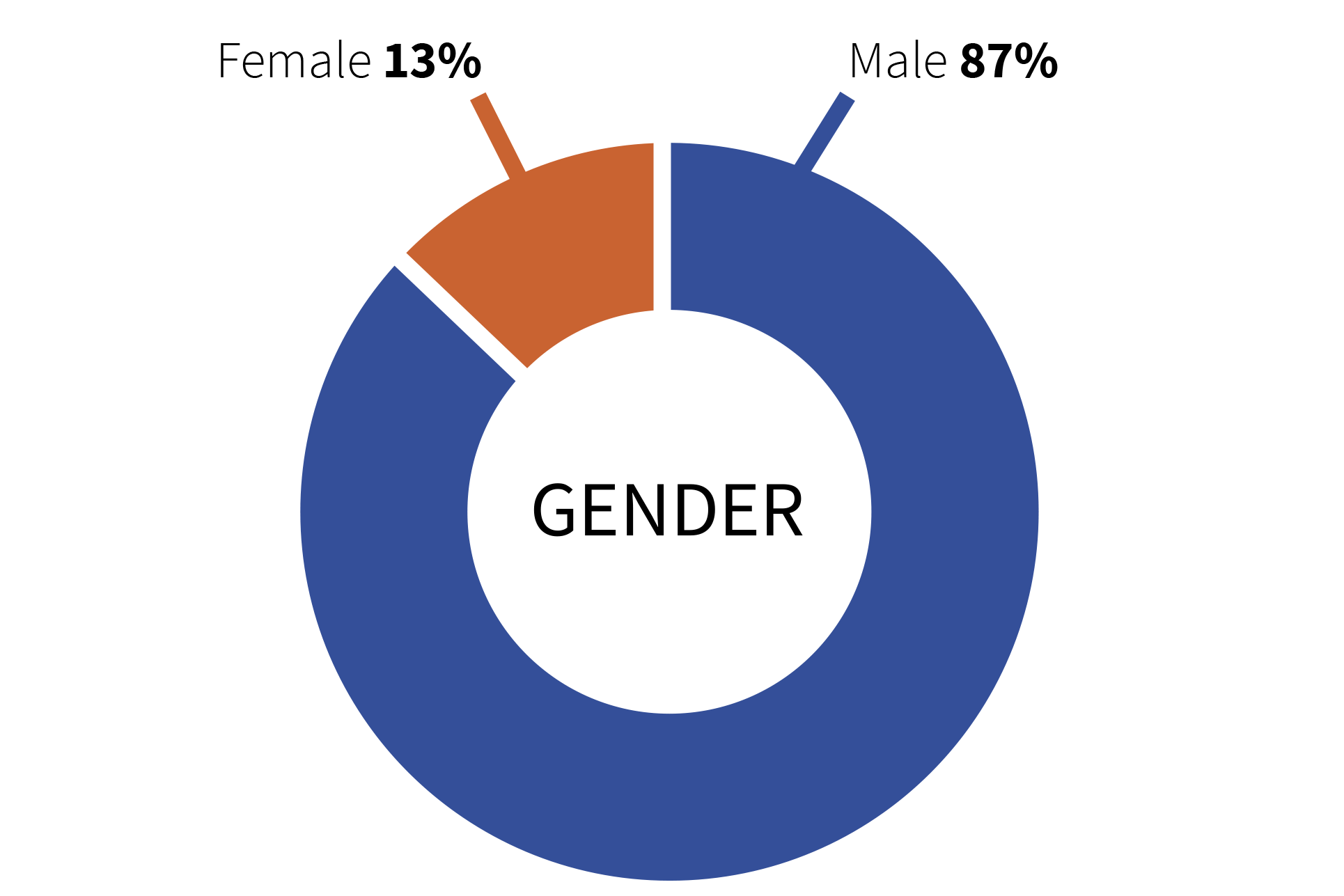 While the number of women in gamification is growing, the top of the field is still dominated by men. Of Leaderboarded’s list, only five of the top 40 gurus were female. Men represented 87% of the list. 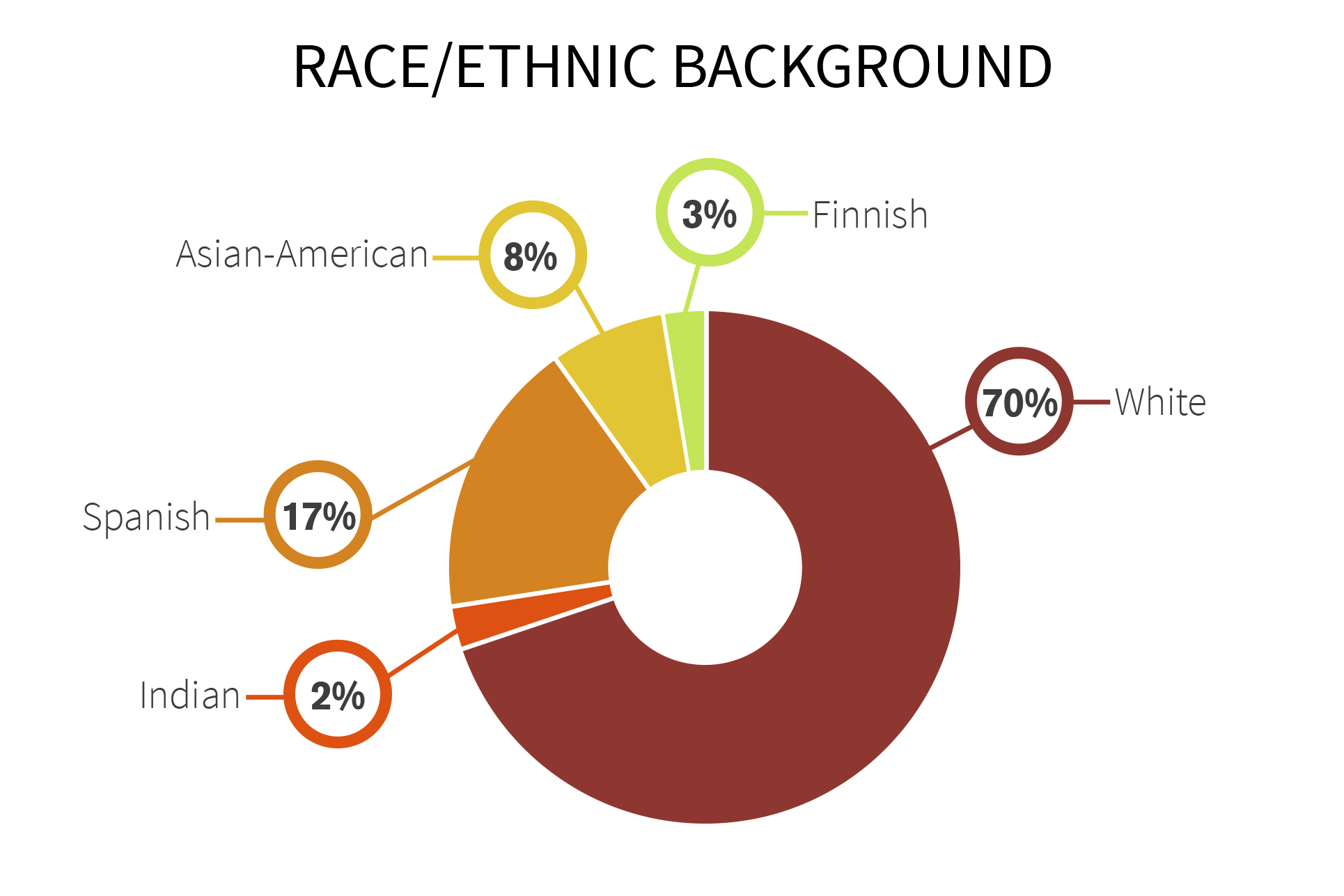 The vast majority of gamification gurus are white, representing 70% of the top 40 spots. 17% of the gurus were Spanish, while Asian-Americans made up 7% of the list. Interestingly, this broadly matches the breakdown of computer programmers in the US – a 2008 survey by the Population Reference Bureau found that the industry was about 72% white1. 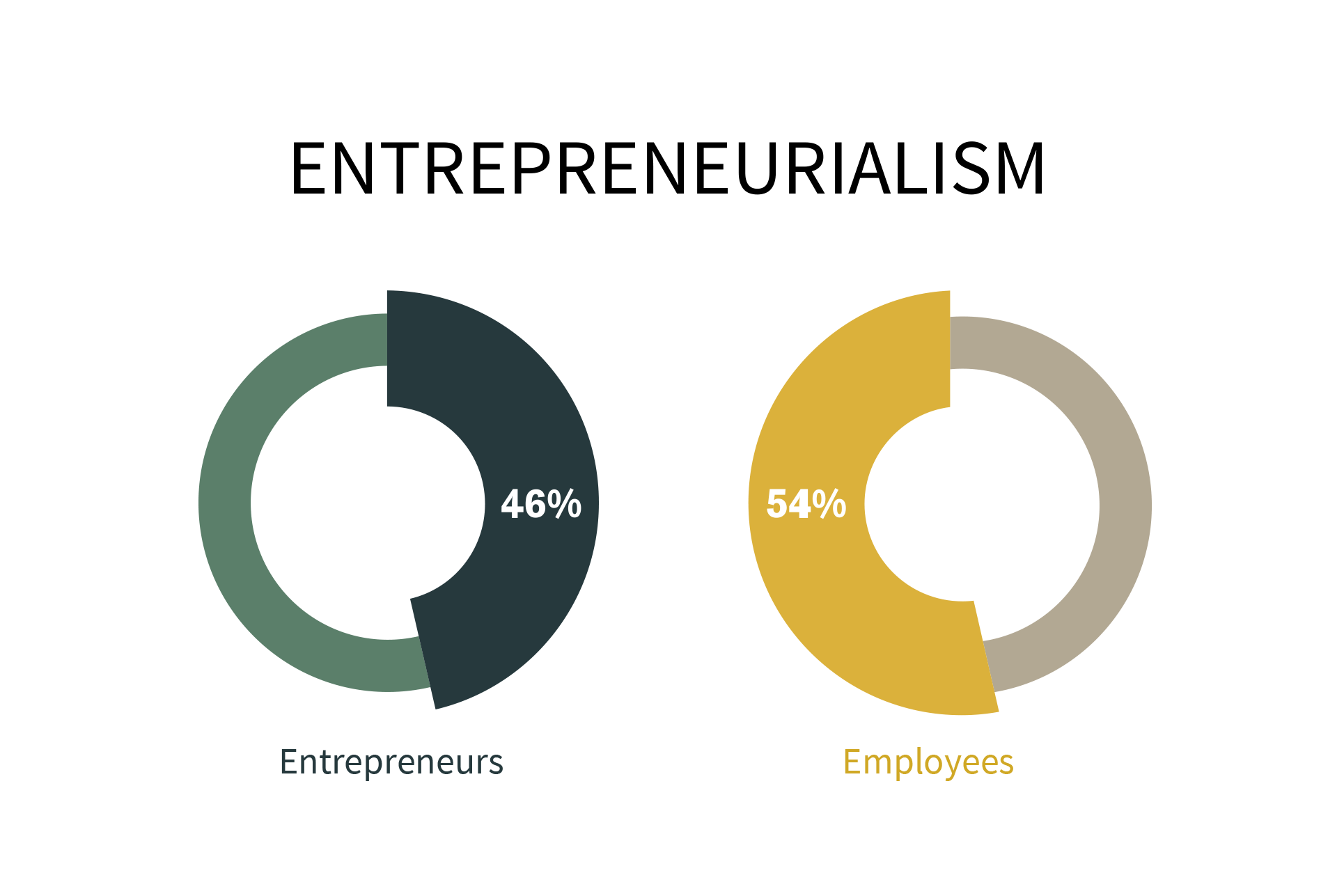 Judging by this sample, gamification gurus are a highly enterprising group. 46% of the top 40 gurus are entrepreneurs, while 54% work for an established company or university. Just 13% of the entire US workforce is made up of entrepreneurs2, suggesting gamification is a prime field for innovation and growth.

If we took the statistically largest factor from each category, and assembled it into the average gamification guru, they would be a white male with a bachelor’s degree who works in Gamification, lives in the United States, and is employed at a company. This picture will surely shift. As gamification expands into new industries, and continues to gain traction as a workplace policy, the above demographics should change as well.