If you’re studying gamification, you won’t have to dig very deep to come across references to intrinsic motivation and all its glorious power.

Intrinsic motivation — which refers to a person’s internal drive to perform an action purely because of the enjoyment they get from it — plays a foundational role in Self-Determination Theory (SDT). It’s one of the key psychological theories for gamification designers, as well as many social psychologists.

In a broad sense, SDT posits that three psychological needs internally motivate humans to take action. These needs are not only essential for motivation without external influences, but also for mental well-being.

For businesses, understanding intrinsic vs. extrinsic motivation is critical to implementing an effective gamification program. It’s also central to gaining a better understanding of what motivates your employees to engage with their work.

As mentioned before, SDT identifies three universal needs that intrinsically motivate all humans. Dan Pink, author of the influential book Drive introduces a fourth: purpose. In his 2009 TED Talk, Pink explains the need to understand and promote intrinsic motivation. As he says, “There’s a mismatch between what science knows and what business does.”

You can see the author’s entire speech here:

According to social science research, external rewards are not the best motivators for white collar workers. Of course employees want their basic needs like food and shelter covered, but once everyday comforts are addressed, pay raises, bonuses, and other monetary prizes don’t consistently encourage long term motivation.

Yet a majority of the business world still relies on extrinsic motivation to encourage their employees to be productive.

If businesses want to move beyond the current landscape of employee malaise, identifying and catering to intrinsic motivation is the only way forward.

But enough with the abstract psychology. Let’s look at some examples. 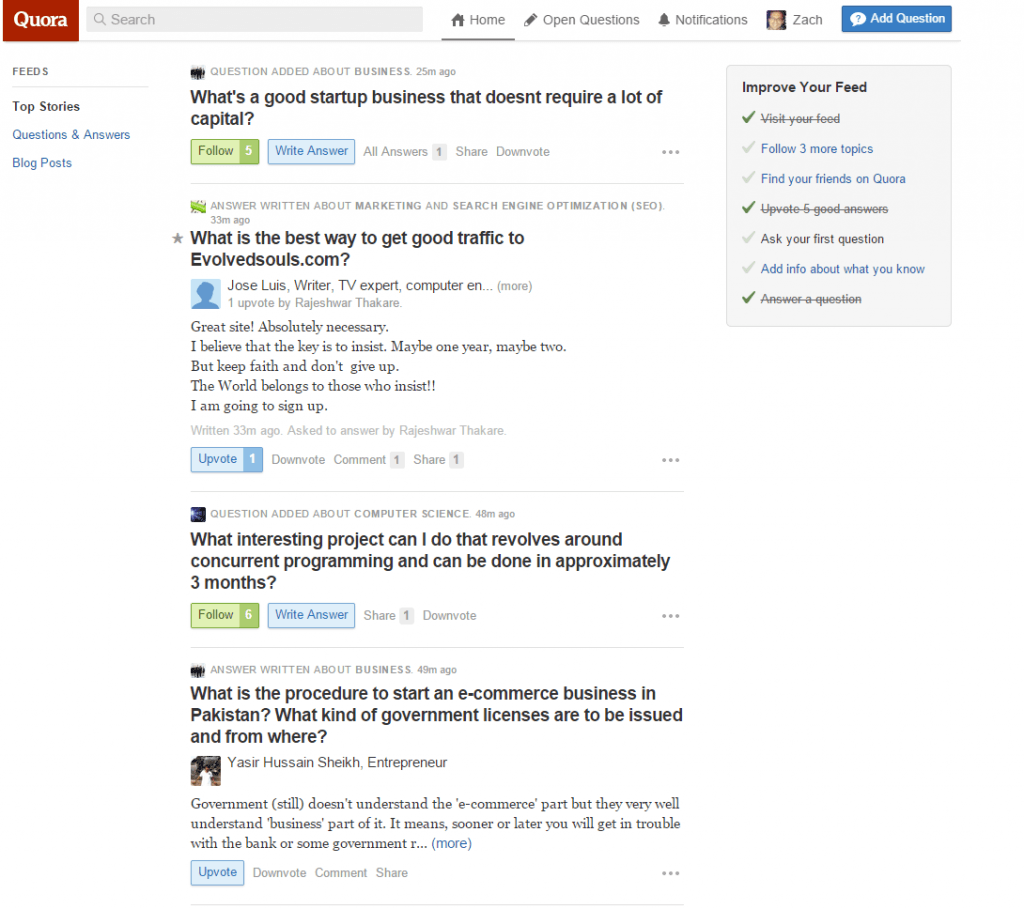 Started by two ex-Facebook employees in 2009, Quora is a question-and-answer website with a heavy focus on technology. The site uses popularity to rank questions in users’ feeds, similar to how social media platforms display posts. Quora enjoys strong community participation and has grown significantly in the past several years, boasting 300 million monthly users in 2018.

This is the secret to Quora’s success — the community not only features notable experts from a variety of industries, it also has tons of incredibly active, engaged members. Quora users want to share their knowledge and interact with people who have the same interests as them, and the platform lets them do that, satisfying their need for human connection and relationship.

Quora reinforces this behavior by awarding credits (read: points) to users for participating in the community. Once users accrue enough points, they can use them to upvote a question so more people answer it or ask experts specific questions.

Instead of trying to encourage some new type of behavior through extrinsic rewards, Quora tries to understand why people come to their site in the first place so they can play to that motivation through gamification. 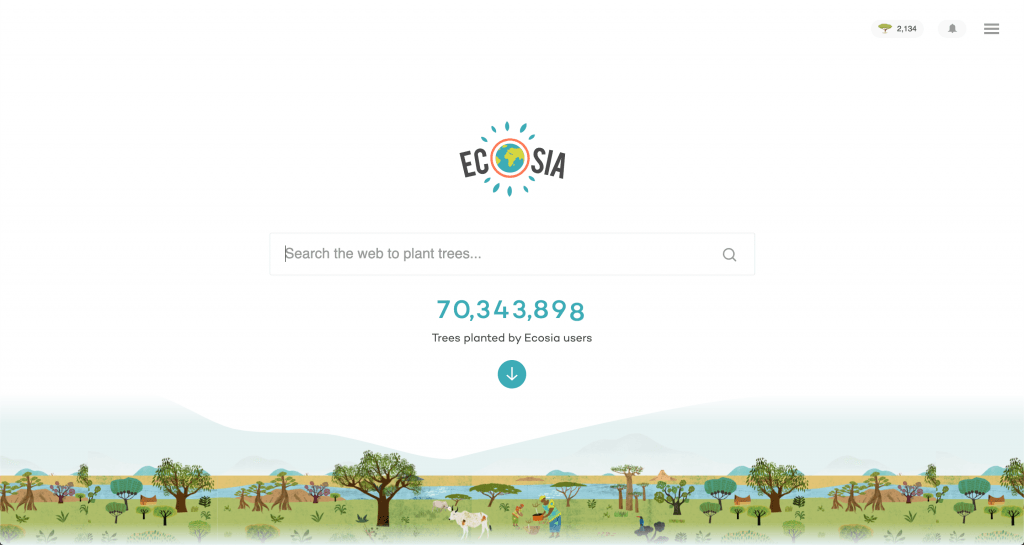 After finishing university, Ecosia founder and CEO Christian Kroll traveled around the world to get ideas for a social enterprise. Christian spent time in Southeast Asia and South America, where he learned about deforestation and how it accelerates climate change.

Ecosia is a search engine that plants trees with profits generated from advertising revenue. Every time you perform a search on Ecosia, a tree counter in the top right corner of your screen updates. This shows you how many trees you’ve planted with your searches.

Using Ecosia makes doing good for the planet into a game of getting a higher tree count. The tree counter gives people a microdose of purpose while they perform a routine task. It may sound pie-in-the-sky, but Ecosia’s model works.

A recent blog post from the company’s COO announced their revenue nearly doubled from 2018 to 2019, allowing them to plant a tree every 0.8 seconds. To date, Ecosia has planted over 70 million trees with searches and has expanded its investments into solar power and permaculture projects. 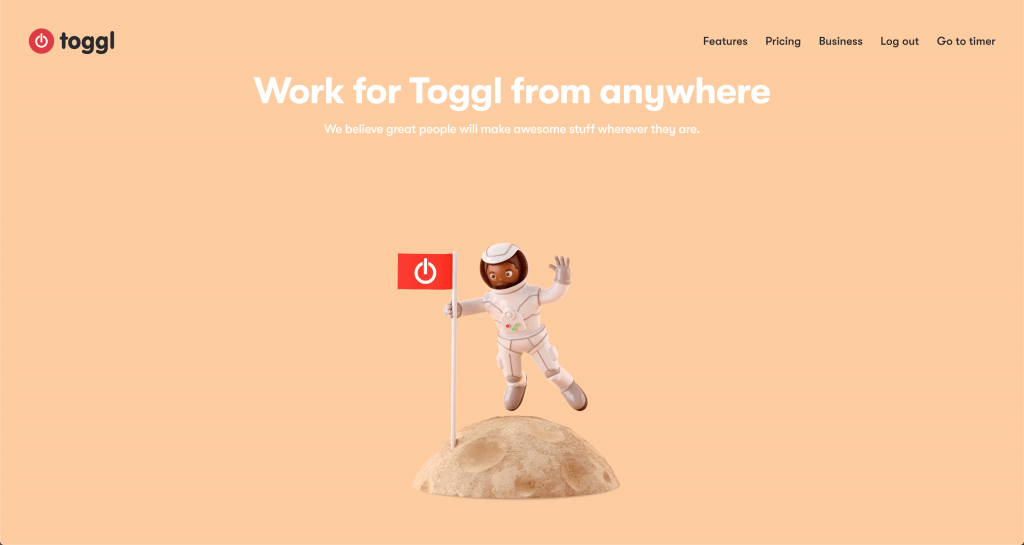 It’s human nature to try to control our surroundings, which is why autonomy is an important part of intrinsic motivation. But having control over even the basic habits of our lives, much less our entire environment, can be incredibly challenging, if not impossible.

This doesn’t stop us from seeking autonomy whenever we can. So it shouldn’t be surprising that granting employees more freedom in the workplace has been linked to several positive effects, including greater feelings of personal accomplishment and a reduction in emotional exhaustion.

At Toggl, an Estonian company that makes a handy time tracking product, ditching what CEO Alari Aho calls “Kindergarten Syndrome” is essential to helping workers be as happy and productive as they can be.

In an interview with Remote.co, Aho said, “If one’s daily routine is different and tasks do not require co-working with others, let the employee choose when and how they do their things. It’s about productivity, not hours spent in office Freedom of action combined with a lot of trust keeps away the ‘Kindergarten Syndrome,’ which would force managers to control and monitor many aspects of the team members’ lives. We don’t want to do that.”

Instead, Toggl uses a results-only work environment (ROWE). Taking this approach to culture and corporate organization means managers focus on measurable results, not traditional performance indicators such as hours clocked and days absent. Aho says Toggl tested this method out before taking the plunge, but since then they’ve seen improvements to employees’ happiness and productivity as well as the quality and diversity of talent Toggl hires.

Toggl’s ROWE approach doesn’t include any gamification, but it correctly targets intrinsic motivation. 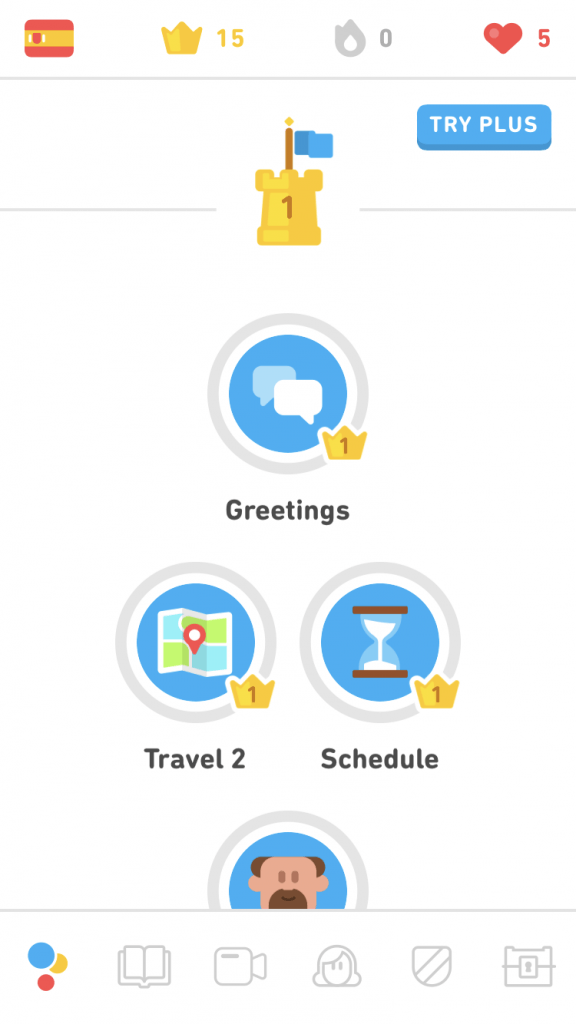 Games and learning are inherently tied together. In fact, games can be optimal vehicles for learning. One of the reasons games (even educational ones) are so popular is that they combine the enjoyment of discovery with the natural desire to gain competency.

With this in mind, it’s no surprise that learning programs and applications — such as Lumosity, Khan Academy, and Coursera — are so prevalent. Using games to learn just makes sense.

The free language learning app Duolingo makes for an excellent example. In order to keep users engaged, Duolingo uses progress visualization (known as skill trees) to show users how far they’ve come after each lesson. As users complete lessons, they earn experience points which are used to unlock the next level.

Duolingo users also have four “lives,” which they lose each time they make a mistake in a course module. Lose all four and you have to start over.

Duolingo currently boasts some 300 million users and was named a Fast Company most innovative company for 2013, 2017, and 2018. Forbes also named Duolingo a next billion-dollar startup for 2019.

An aside for extrinsic rewards

Understanding intrinsic motivation should be the goal of every business. Finding out what makes your employees tick translates into a better, more fulfilling workplace culture. However, extrinsic rewards aren’t bad per se — they simply serve a different purpose.

Learn more about the benefits of Gamification with our market-leading research.

Get My Free Guide